Ads - are they really worth it?

(Spoiler alert - We think so.)

This will surely come as no surprise to anyone but one thing that we’ve been quietly doing for years is navigating the advertising gauntlet for Autumn Lane Paperie & a few, select clients. We’ve had some amazing successes & some learning experiences but most of the time, it’s been base hit after base hit, which is really what you want with a boutique business.

But don’t you want buckets & buckets of money raining down on you??

Well, that sounds like what you’d like to have but stop & think about it for a minute. Let’s say that your company is selling handmade items, made prior to order, & you forget to set an inventory limit or there’s a glitch in the ordering system that grossly oversells your item. You’ve made a LOT more in gross revenue … but you’ve got to decide now whether to risk the ire of your customers for needing to wait longer for the item (because it still needs to be made – again & again) or you need to disappoint them by refunding their order. And what business owner likes to part with an order? Trust me, it’s much better to grow in a way that is easily managed, rather than have 58,909,881,710 orders all come in at once – that sandy beach will lose its appeal after about 3 weeks anyway.

I thought we were talking about ads …

We are, we are!  Let me get back to the topic – we’ve seen that without intelligent advertising, boutique companies rely most heavily on luck, at first, then word of mouth to get them where they need to go, keep the lights on, etc. But there’s a problem with that model too – unless you’re in a solid niche & you’re tied in with the crowd that knows everybody in your hometown, it’s not likely to be enough. I come from a pretty small town & can tell you a lot about how a person is likely to behave based on their family name (it’s a really small town) but one thing that they’ve not been able to resist, just like everyone else in today’s world, is the increasing personal isolation that’s affecting everyone nowadays, which sounds dumb but it really isn’t. We can do everything on our laptops & phones, nowadays. We’re more connected than we’ve ever been but we’re also far more isolated because of it – people either stay home more (called cocooning) or they’re always on their phones, ignoring everything & everyone around them. It’s downright unsocial but that’s how it is.

Right, I’m getting there. So – how does the average mom & pop business make it work with ads? (See? I finally made it to my point.)

They can take out an ad in a local newspaper but unless their clientele is an older generation in a really, really, small, isolated town, what are the odds that the ad will have the desired effect? Most folks don’t even get the paper anymore. Personally, I prefer the comics, maybe a bit of crossword, and I’m good – ya with me?

Advertise on Google! Everyone uses it.

That’s true! Everyone also advertises on it & it’s an expensive learning curve, so unless you’ve got deep pockets & need a tax deduction, treat this option very carefully.

Obviously, there are exceptions to this, when we’re discussing, for instance, local businesses who need to drive engagement or advertise to a very specific locale, rather than globally, then Google Ads (formerly AdWords) probably can help your business. But competing globally? Umm … that’s pricey.

What about social media?

Social media advertising can really help level the playing field a bit for the little guy. Take the Facebook, for an example – for as little as $5 per day, a small business can set up an ad campaign. Think about that. That’s the price of a cup of coffee every day but this is investing in your business rather than filling your office mates with envy over your grande pumpkin spice chai latte mochaccino frappe latte la de da. So how do you advertise without making yourself look … silly?

Very carefully. It takes a lot of time, trial & error & insight into how the machine works to make it work properly for your specific needs. There are tons of resources available to read online at sites like Alexa, Moz, Yoast, etc. & even more in the way of opinions & working philosophies when it comes to ad campaigns, which provides a starting point for any ad campaign.

Hey … those are all SEO websites.

Ah, you caught that. Well, strange as it may seem, SEO & online ads are connected very closely, making it so that to learn about one, you kind of need to learn about the other. You’ve got time for that, right? If you want to increase your business’ visibility & online traffic, my bet is that you’ll make time for it.

Or hire an expert.

Why not chat with us to see if your business ad needs are a good match for our ninja skills? We’d be happy to look at what you’ve got going on &, if we’re a good match, provide a quote for your ad campaign with us as your ad managers. Contact us & let’s see where this goes!

The devil's in the details.

Just like any pro will tell you, anyone can do what they do – with years of practice & some special tools. We’ve got both! Without getting too detailed, what sets us apart from the inexperienced includes: 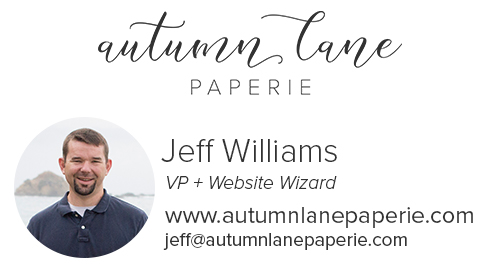